A transgender person who has been an inmate of the Nagpur Central Jail since 2019 had filed a writ petition alleging that several prison staffers raped her during her sentence. The Nagpur bench of the Bombay High Court has now directed the prison authorities to present her in Dhantoli police station by March 30 to register an official FIR in the matter.

The 39-year-old petitioner who is in jail on charges of murder said in her petition that a constable, a prison guard, two sub-inspectors and a fellow inmate had raped her in the past eighteen months. She also claimed that despite repeated pleas to shift her in the women's barracks, the jail authorities didn't pay her any heed. A division bench consisting of Justices ZA Haq and Amit Borkar, on Tuesday, directed the jail superintendent to ensure the petitioner's complaint is filed in a week of issuing the order.

A total of five transgender people were arrested for the murder of another transgender person Chamcham Gajbhiye in June 2019. As per the petitioner's counsel Rajesh Nayak, all five of them had written to the district judge and additional sessions judge about sexual assault on them all by officials and fellow inmates. The letter was handed to chief judicial magistrate RM Satav in January 2020.

Despite being handed the letter in the same month, the sessions judge took cognisance of the matter nine months later in October 2020, said the petition. It also mentioned that the sessions judge called the say of the jailor, but no action was taken in the matter subsequently. In the interim, the five people named by the petitioner outraged her modesty in December 2020, it added.

Thereafter, the petitioner staged a hunger strike in February 2021 to allow her to write an official complaint against the five accused. Even then, the authorities have been putting pressure on her to withdraw the complaint, said the petition. When she saw no action on the complaint despite all of this, the petitioner finally spoke to her mother and lawyer after which the petition was filed in the High Court.

The petitioner's lawyer said all this amounted to grave violation of several of his client's fundamental rights. Jail authorities claim internal investigation in the matter was underway. 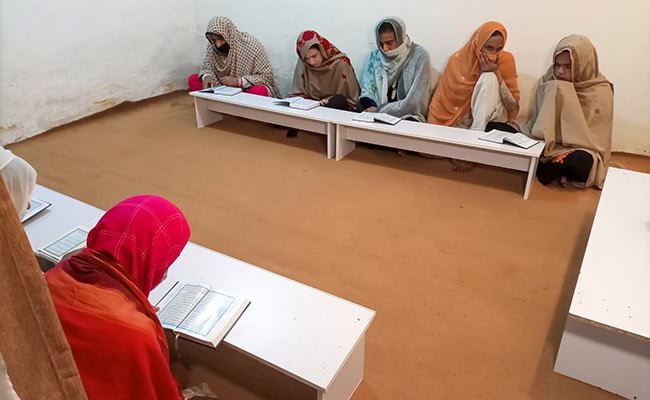