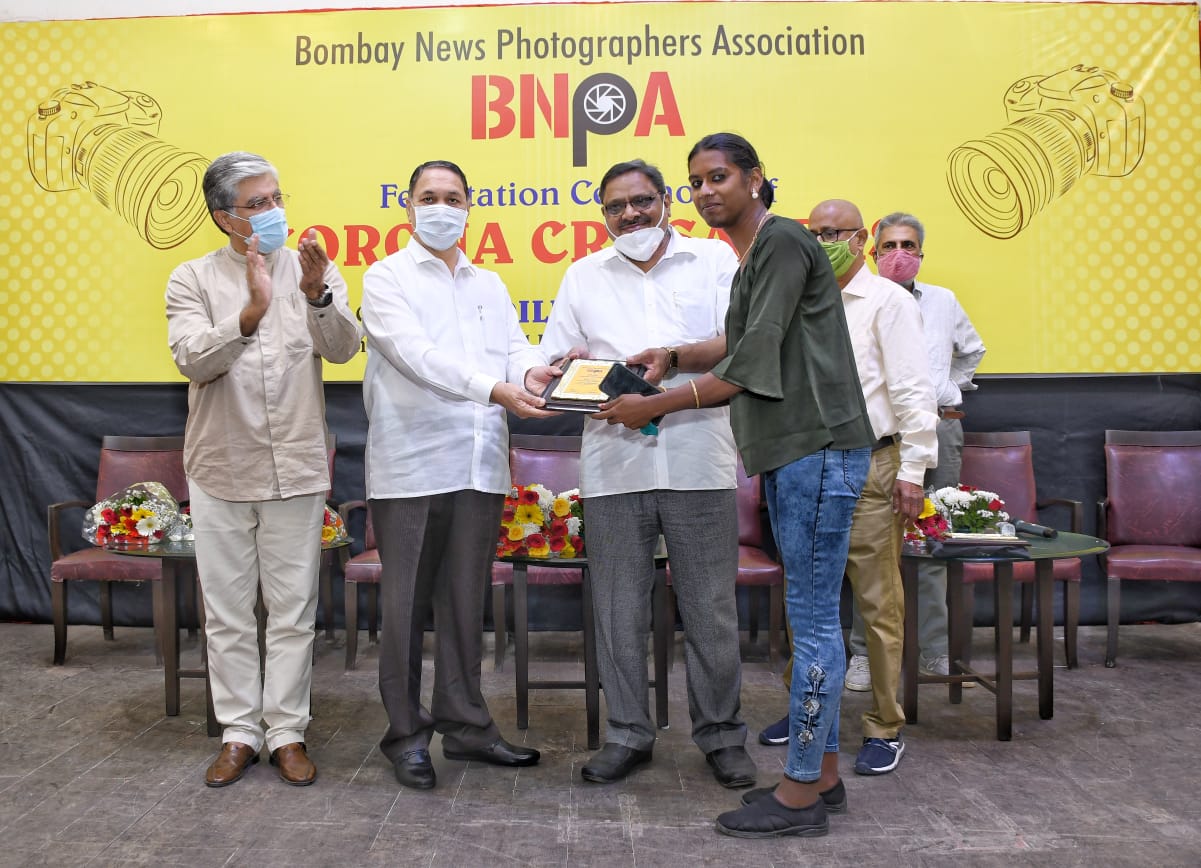 At 26, Zoya Thomas Lobo's only means of survival was the kindness of the people commuting in Mumbai's local trains. A transwoman, she was following the Hijra tradition of mangti or asking for alms. As the Covid-19 pandemic and the ensuing lockdown brought the lifeline of the busy metropolis to a halt, so did Zoya's already meagre earnings.

In these dark times, she was offered the chance to appear for a split-second role in a short film titled Hijra: Shrap ki Vardan part 2 (Hijra: curse or blessing), which currently has more than 4 lakh views on YouTube. The director of the project organised an award function on its success, where she met someone who helped her to earn the distinction of becoming India's first and only photojournalist from the transgender community. On March 15, she was honoured by 24 Times News and Entertainment for this achievement.

Talking to Likho over the phone, Zoya reminisces about the old days. "Before becoming a photojournalist, I used to beg in the local trains of Mumbai; I still do that for my living. As a child, I wanted to join the civil services but that couldn't happen," she recalls. She had to drop out of school after attending class five as her family could no longer afford educating her.

This is why the theme of the movie is close to her heart. It spoke about how education and equal opportunities can help members of the teansgender community become a part of the mainstream society. Brightening up at the mention of the movie, she shares how she was able to play a soldier on screen, in the movie.

At an award function following the success of the movie, she met the co-editor of College Times who later called her over to his office. "He said he saw some capability in me. I had no clue when I reached that I will be appointed as a reporter right away," tells Zoya.

During her reporting, she discovered her interest in photography. She saved whatever she got from her alms and bought herself a professional camera. "My interest was in photography but I wasn't aware of how I could capitalise on that," she says.

One of her assignments was covering the Pink Rally, organised by the transgender community. While reporting on it, she was filming and taking pictures of the event as well. She got introduced to senior photojournalist Divyakant Solanki here, and he was the one who explained to her the nuances of his profession -different types of lenses, using the camera properly, et al.

During the thick of the pandemic, she was able to get exclusive details about the protest held by migrant workers outside the Bandra station. It was happening very close to her house. She ran to grab her camera on seeing the commotion and was able to get some exclusive visuals. Covering the incident earned her fame and reputation; people started recognizing her as 'that transgender photojournalist'.

Zoya is currently working as a freelancer for Fight Against Crime, a website that reports crimes happening in and around Mumbai. "I wish to join a media firm as a full-time photojournalist so that I don't need to beg again. I want to refine my skills and teach them to other people from the community so that they can live a life of dignity as well," she says.