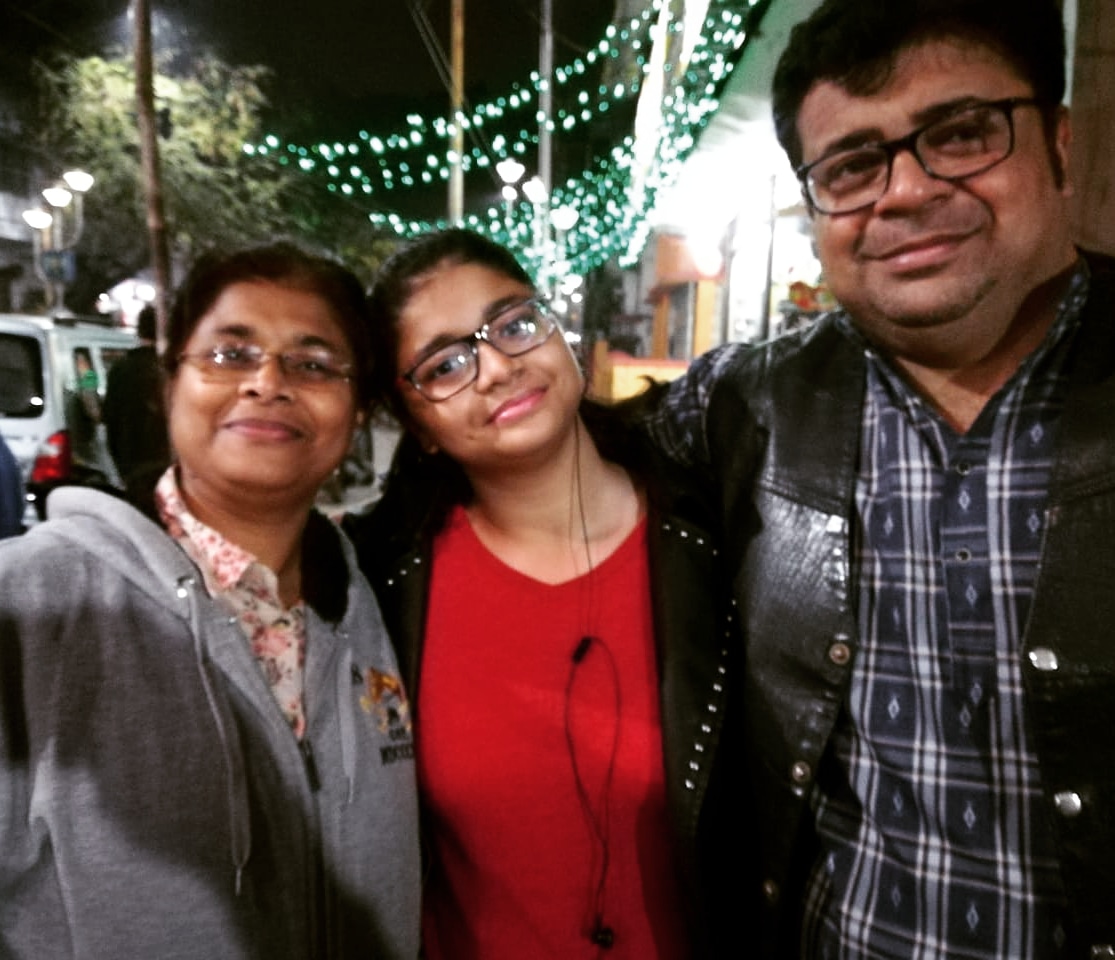 Two decades ago when Shanto Baksi was involved in the organising team of one of Kolkata's first Pride March, he didn't know that he would be attending the event years later with his own daughter. Being a social worker, he had worked with and among sex workers, transgender people and the queer community.

Swagata Dutta and Shanto Baksi ensured that they became friends to their daughter Tessa when she turned 10. There was no censorship in their household; every topic was discussed freely among the family of three. So, when she realised she was equally attracted to boys and girls, she just told her father about it in a matter-of-fact manner over a whatsapp text when she was fourteen.

Shanto was not surprised. He had noticed that Tessa was very active on some Facebook groups consisting of bisexual people. A lot of social media posts were also about news and her opinions regarding the LGBTQ+ community. Both Swagata and him conveyed to her that she is the centre of their universe, that they love her and respect all her choices in life.

The couple believes that the fact that their daughter is a bisexual is her personal life, with which they don't have a right to interfere. They hardly discussed the issue after her no-drama coming out. They say that whoever she falls in love with, will automatically become a part of their family, irrespective of their gender. Shanto says that they would have been disappointed with themselves as parents if their daughter felt the need to lie to them or hide something from them.

A couple of years later, Tessa was interviewed while attending a Pride event. The parents shared this on social media. They don't shy away from telling people her identity. In fact, they often tell them before people can raise questions about her. Their focus was to cut out all the toxicity from their lives, and Tessa's.

That's not to say that people don't give out their opinions or express objections. At such times, Tessa's parents just shut people down. In response to such open behaviour, a friend once told Shanto to consult a therapist. He just told this friend the same, adding that might help him become more open minded and accepting of other people.

Her parents never fail to tell Tessa, now almost 18, they are proud of the person she has become. Their only expectation from her is to lead a good, happy life.