With an array of critically acclaimed films, a National Award under his belt, and a cult following amongst the connoisseurs of Indian cinema, one would expect director Onir to be living a pretty lavish life by now. But when I interviewed him recently, Onir joked that even fifteen years after the release of his riveting debut feature My Brother Nikhil (2005), he still has not made money on that film. I thought the joke to be a marker of his humble and genial nature. However, when Onir elaborated upon the double standards of the film industry and the precarious position of indie filmmakers, it dawned on me that Onir meant each word of his joke unironically. The grim fact appeared to me as rather sad, considering the fact that today no queer anthology on Indian cinema can escape from the mention of My Brother Nikhil. To make an internet listicle like "Top 10 Pioneering Queer Indian Films" and not mention My Brother Nikhil would be a mark of blasphemy. Despite this, it is rather depressing that this groundbreaking film has not translated into commercial success for its filmmaker, even fifteen years after its release.

The idea to make a film of his own came when Onir met actor Sanjay Suri while shooting for a film in Assam. Both recognized their common aptitude for creating meaningful stories, leading Onir to pen his own screenplay. While editing a documentary on Dominic D'Souza, an AIDS patient and pioneering activist, Onir was haunted by D'Souza's story and decided to pen a screenplay tackling a similar topic.

But this inspiration has led to some rather erroneous assumptions in the public domain. It is a common myth now (proliferated further by newspaper articles and websites) that the film is "based on the life of Dominic D'Souza" (quoting the Wikipedia article of the film). Some scholars and researchers have also attacked Onir for not adapting Dominic's story properly or taking intense creative liberties with his life. When I asked Onir why this myth has continued, he replied that the film was never intended to be a full-fledged biopic of Dominic's life. "It is inspired by his story, and there are lots of spaces that overlap, but for me, I intentionally did not want to do a biopic. In the film, I wanted to speak about many things, and if I stuck to a biopic, it would have restricted me in many ways. But for that, I have also been attacked by people, like, "Oh, he didn't thank the family! I have never not acknowledged the inspiration, but I have never claimed that it is his life story," Onir cleared the air about this long-standing misconception. Further, Onir mentioned that much of the film mirrors his own life, especially the brother-sister relationship at the center of the film. As for his critics, he replied, "People do not realize how difficult it was for me to tell this story in 2005. The film has not done anything to misrepresent the community—people should celebrate this film. But I do not get back to those people. As a filmmaker, once you have made the film, it is up to the public to bash it or love it."

To make a film on such a taboo topic was no easy task. As Sanjay Suri notes in the "Foreword," to the film's published screenplay, nobody wanted to make a film on the twin taboos of "HIV/AIDS and homosexuality." Further, both Suri and Onir being novices in the industry, producers considered the film, in Suri's words, "a loss making-project on paper." But, as thespians like Juhi Chawla, Victor Banerjee, and Lilette Dubey became attached to the project, the makers of the film became more hopeful. Soon, with the help of producers like Raj Kaushal and Vicky Tejwani, the production company Four Front Pictures was established, which ultimately ended up producing the film. In his note to the screenplay, Onir wrote, "I suppose when so many people want something so badly, it has to happen."

My Brother Nikhil was different from mainstream films not just in terms of commercial sensibilities but also aesthetically. The film eschewed the traditional linear flow of the narrative and instead told the story from several perspectives, often challenging the spatial as well as temporal dimensions of mainstream cinema. In fact, the film's very first dialogue breaks the fourth wall, as Juhi Chawla's character Anamika addresses the audience directly while narrating Nikhil's story. I asked Onir about this unique stylistic choice, to which he replied that he was really influenced by meta-theatrical practices while studying literature and cinema in Kolkata. He further elaborated that his decision to use this technique was not merely for aesthetic purposes but rather to foster a strong bond with the film's audience. Further, by including various interviews with close acquaintances of Nikhil, the film delivers a more holistic picture of him. Onir talked at length about his narrative choice—"I wanted to make people believe as if actors are narrating to the audience. Like when the film opens, it is Juhi who is telling the story of her brother. And as other characters come in, they also become co-storytellers. Each person brings in a different aspect of Nikhil's life. So, there are multiple storytellers, and we see a different perspective each time. Each person who loved Nikhil in different ways tells their story."

In an era booming with films about the sanctity of parenthood in the Indian family (Hum Saath Saath Hai, Baghbaan, to name a few), My Brother Nikhil featured parents who shun their own loving son after his HIV test results become public news. Rather than showcase the all-accepting caring notion of parenthood, Onir tapped a far more realistic nerve. From a father beating his own son to a mother wishing he was never born, the film explored the grim repercussions that many HIV-positive individuals face and continue to do so. But the choice to showcase these harsher aspects was not merely for melodramatic purposes. Onir revealed that he wants to depict these hidden and ugly sides so that society gathers the courage to finally confront these issues head-on. This uncomplimentary look at an Indian family also led to a humorous episode with Onir's own father, who was rather shocked by the portrayal of the strict and demanding Mr. Kapoor in the film. "When my dad saw the film, he told me, 'But I was never like that with you!' I told him, 'It wasn't you!' He must have felt like that since there was a lot of 'me' in the film," Onir recalled.

One of the first films to address the intersection of HIV/AIDS with queerness, My Brother Nikhil was also revolutionary for the way it handles its sexual politics. In the film, the viewers are not made privy to the fact of how Nikhil actually caught the virus. In an era where HIV was often equated as a 'gay disease' or closely associated with a 'wanton' lifestyle, the film busted this offensive stereotype. Since Nikhil's partner, Nigel, does not acquire the virus, Onir exonerates their relationship with the stigma that only gay people get the virus. As he related to me, "It doesn't matter whether you get it from your gay partner or a prostitute- it does not make you a worse person. It is a highly judgmental society, and that is why I thought it is important that I decided to keep Nikhil's cause open to interpretation."

When I asked him if circumstances have improved for HIV-positive individuals in the country, Onir seemed optimistic yet skeptical. "It has changed to a certain extent, but it still depends on where you are. We are such a divided society in terms of access to medicine, education, and care. If you belong to the trans community or are in a small town- you will still be treated badly," Onir specified the ground realities of the health-based facilities in the country.

It's been fifteen years since the film first debuted in theatres. Onir mentions that many queer folks have even used the film to come out to their family. His emails and social media are littered with thank you messages from people who continue to express their gratitude for the film. When I requested him to detail any such personal story, Onir laid bare two heart-wrenching accounts. "One incident I remember where a woman from Hyderabad sent an email to me saying that her son had died from HIV and she had never really accepted him or his sexuality. After this, she felt she could accept the son and felt bad about what had happened," Onir recalls. The film was also extremely well-received internationally, and Onir recollected how during the film's premiere in San Francisco, the spectators were literally sobbing.

"Similarly, in New York, we were screening the film. And this girl moved out just five minutes before the film ended. I was very nervous because this was my first film screening in New York. I was like, "Shit! She hated the film". But then she came and told me that she could not watch the film anymore because her brother is seventeen and he is HIV positive and gay. Her father never accepted it, and he shot himself. And this film felt so real to her," Onir narrated yet another powerful account of the film's reception.

Looking back, Onir said that he feels extremely proud of the film and the legacy it entails. Free from offensive stereotypes about both HIV/AIDS as well the LGBT community, the film indeed marked a defiant queer voice in Indian cinema. Moreover, Onir feels that despite its heavy subject matter, the film also speaks to the general audience because of its universal themes of hope, love, and brother-sister relationships. "If you google, every year during Rakhi, the film is talked about as being one of the most important films about sibling relationships," Onir proudly stressed the universal appeal of the film.

As we neared the end of this wonderful conversation, the discussion again steered towards the current status of the industry. Onir related that despite his continuing critical success, he still finds it hard to finance LGBTQ projects. "As an independent filmmaker, My Brother Nikhil was my first film. But despite that, the film never got that kind of support from within the industry, and that kind of legacy continues," Onir mentioned, his loud laughter perfectly audible. "Everyone will call me up, have an inclusion talk, and celebrate my films during Pride Month. Despite that, in fifteen years, I should have made some money, but I still have not. After I make my film, everyone will go like, "It's great," but when I am making it, no one will support me."

Nevertheless, Onir persists. Hurdles continue, but like the LGBT community he belongs to, Onir firmly believes that there is light towards the end of the tunnel, and one must continue to strive towards it! The Humsafar Trust To Participate In the International Day Against Homophobia, Biphobia, Interphobia & Transphobia (IDAHOBIT) 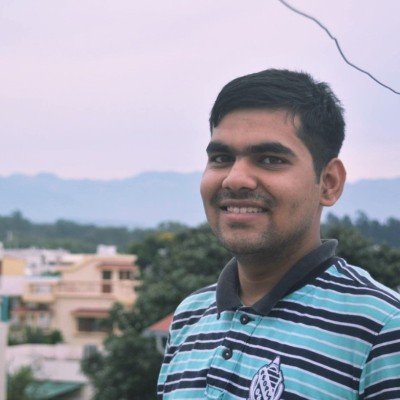