Dubai based singer-actor Shyraa Roy won the title of Miss Trans Pakistan in the introductory year of the pageant. The crowning ceremony of the event took place on Tuesday in her home town Lahore.

The actual competition was held in Canada where Shyraa won among the 11 participants. The 25 year old has appeared in small parts in Hindi movies, and played a major role in Pakistani horror film Aks. Her single "Kamli" was recently selected to be screened at the Cannes Short Film Festival.

Roy opened up in the media about her gender dysphoria and transgender identity last year. In several interviews since she has spoken about the bullying she faced and the other hardships she faced due to her gender.

Shyraa believes the pageant is an important step towards breaking barriers and opening up new avenues to the transgender people in the country. After the ceremony she was quoted as saying, "I’m pretty sure after this historic change there will be a noise in Pakistan as well as a strong representation of Pakistan’s Trans Community in the world for years. This has definitely broken all kinds of stereotypes for trans women.”

A staunch advocate of trans rights, she wishes to help the transgender persons from underprivileged background would no longer have to depend on alms and begging to survive. 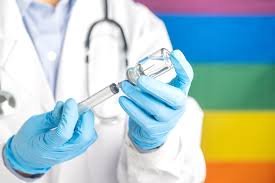