India is under lockdown, again. Even as a whole lot of human tragedies are well documented and talked about, one set of minorities and their additional problems remain largely brushed under the carpet. The often hidden, or closeted, lives of the queer community have become more entangled than before.

Like everyone around, members of the LGBTQI community are also struggling with the basics - keeping themselves healthy and alive, financial constraints and loneliness. However, their situation has an added layer of complexity given that their identities are not known to the people they share their quarantine shelters with in many cases.

As per well known psychiatrist Dr Anjali Chhabria, people from the sexual minorities are required to fight additional battles specific to their gender and sexual identities. “The specific concerns are to do with them having a difficult time maintaining their privacy, inability to socialise with and meet people who know or understand things they can't share with their families. Moreover, they constantly need to keep up a facade at home. All of this takes a huge toll on their mental well-being and results in increased anxiety and depression."

Counsulting psychologist Laxmi Lobo corroborates this statement. With a 30% LGBTQI clientele, she has observed that the most common concerns her patients have expressed are anxiety and relationship difficulties. "For couples living together, constant presence and lack of space can cause strain in relationships. This is a community that looks to each other for support, comfort and validation when they cannot seek the same from blood relations," she said.

Sukhdeep Singh, the founder-editor of Gaylaxy Magazine, believes that the greatest impact on LGBTQI people’s mental health has come from severance of the physical connection with what he calls their 'augmented support system'. Connecting over calls or texts does not replace the safe spaces in which they could meet and interact.

This is proven by a case of a 26 year old gay man who approached Dr Chhabria for help. This young man told her he had been feeling low and disinterested in everything for several months. He found it difficult to even carry out conversations with people he met on dating apps since nothing substantial could come out of those conversations. She said he sounded very dejected and hopeless about the future.

Many people in similar situations have reached out to Mr Gay World India Anwesh Kumar Sahoo. As an openly queer public figure, he is approached by many who wish to talk about their own experiences and anxieties. “Mental health wise, it is a lot more difficult for people who are closeted. For one such man, the parents were constantly forcing him to get married to a girl. The solution he came up with was to leave the country for some place he was more comfortable being who he is," he shares.

He is even more concerned about issues like loss of livelihood, domestic and partner-induced violence, hindrances while seeking healthcare among many others.

Dr Aqsa Sheikh, a proud trans woman and an Associate Professor of Community Medicine at Delhi's HIMSR, Jamia Hamdard, agrees. “Boredom soon caught up and the families started looking for the rishtas for their trans children. What better and more historic time to get hitched than the lockdown? Amid all this drama, the already fragile mental state of a trans individual went for a toss," she informs. She adds that this manifests in the form of insomnia, disturbed sleep patterns, mood swings, bursts of anger, self-directed anger taken out on others.

Mental health professionals recommend to take charge of the things one can control first, and understand that considering the unpredictable times there would be a few things beyond control. Dr Chhabria also urges people to reach out to queer friendly counsellors as she believes that “keeping things bottled up and no one to talk to can be quite detrimental to mental and physical health".

Sukhdeep offers a simple yet effective advice: avoid confrontation. "In the pursuit to preserve one’s mental health, one must take whichever route is most suited to them. Sometimes, that means avoiding the situation altogether rather than letting it escalate to a point of no going back," he explains.

Even the most negative of incidents can help individuals sometimes as evidenced by a client of Lobo's who lost his partner to covid early on in the pandemic. "However, he could not acknowledge his grief as he was not open to his family. He also felt bad for not being able to help his partner's aged mother. Thus, he was suffering from depressive tendencies and unacknowledged grief," she tells.

Seeing the old woman suffer alone made him face his own fears. He met his partner's mother and explained the nature of the relationship he had with her son. It was her acceptance of their relationship that gave him strength to come out to his family. This got him rid of most of his fears and anxiety, improved his self confidence and forced him to lean into his uncomfortable emotions. This new-found confidence also helped him do better in his career.

A tragedy is sometimes the jolt that makes a person stand up for themselves. However, everyone has different coping mechanisms and grieving styles. The societal changes that would make the lives of the queer community easier will take time. In the meanwhile, every individual needs to work towards creating an alternative support system—whether in the form of counselors, or friends. 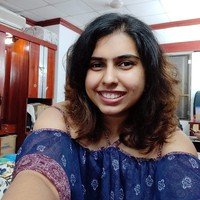 Niharika is a consultant, but writing has always been her outlet. She started out on Quora and thus far, she has over 110 answers and half a million views to her name. She also started a blog on WordPress called Quill and Ink, where she writes about everything from personal emotional upheavals to socio-political issues. She participated in ZEE Jaipur Literature Festival Blogging Competition and was published for two consecutive years (2017-2018) on their blog, apart from being featured in their “Highly Commended Shortlist of Bloggers” in 2017. As an ally of the LGBTQIA+ community, she has always used her words to advocate for the cause – many examples of which you will find in her writings.

Niharika wrote this article as a part of Likho Citizen Journalist Fellowship 2020.