There has always been a lack of representation of the LGBTQIA+ community on screen. Even today, this deficit allows creators to profit by queerbaiting through popular shows like the 2010 BBC Sherlock.

Queer characters are often used as token characters, or as the butt end of jokes, with no lack of examples such as Hollywood's Channing Tatum in Hail, Ceaser! and even the Ryan Reynolds-led Deadpool. Across the pond, Bollywood is notorious for its homophobic portrayal of trans or gay characters with movies like Dostana and Student of the Year.

In a sea of heteronormativity, Yaoi and BLs or Boys' Love drama series, especially Thai BLs like 2gether and Love by Chance, have become a global phenomenon. Isn't it great that a niche exists for queer representation, not only in books and comics but also on screens? Before we launch into a discussion on the ethics of consuming such content, it is important to note that BLs were never meant for the LGBTQIA+ community at all, making their current image as a diversity icon a cause for concern.

BL dramas were a largely Southeast Asian phenomenon in countries like Indonesia, Philippines, Malaysia, and Cambodia from 2017 onwards. As people retreated to their homes en masse in 2020, fan followings in India have been increasing exponentially. The marker of this shift in global popularity is the Thai drama 2gether: The Series. The plot revolves around two college boys who pretend to be lovers to dissuade a gay admirer of one of the protagonists, only for them to wind up in an actual relationship. The episodes have garnered a whopping average of over 10 million views on each episode on YouTube alone. The two seasons are also available on Netflix. For further reference of BL popularity, Taiwan launched Asia's first LGBTQIA+ OTT platform – GagaOOLala, in 2016, which made its way to South Asia in June 2019. Yet, the platform already has over 20,000 subscribers from India alone. On social media, it is not uncommon to find Indian BL fan pages with over 30,000 followers.

The appreciation for BLs is more puzzling in countries like India, where homosexuality has barely been decriminalized. Most of the country is still deeply homophobic, and unrealistic portrayals of gay characters may be the wrong kind of exposure therapy. 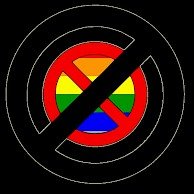 So why do audiences like BLs? Some reasons may be skin deep such as the novelty of the genre and the occasional raunchiness featuring two attractive male leads. At their core, BL stories contain all classic teenage romance tropes targeted toward young adult women. Add to this the increasing popularity of K-pop, K-dramas, and other Asian content. It is not hard to see why BLs are finding more and more viewership. This is why most BL series, especially the earlier ones, don't particularly care for a plot as much as they do for the physical attractiveness and chemistry between the leads (harking back to the Yaoi idea of Bishounen or pretty boys).

Most importantly, Yaoi and BLs aim to please their female audiences. In a world where women are constantly sexualized and objectified, role reversals are refreshing. They offer an escape by portraying men the way women would want- emotionally vulnerable, submissive, soft, and very romantic- characteristics not attributed to "manliness" in other genres and in real life.

A 2018 study strongly suggests that the most attractive aspects of Yaoi media are their sexual content and aesthetic portrayals of characters and sexuality. Research also indicates that yaoi consumers use this genre as a tool of avoiding or negotiating gender stereotypes or patriarchal systems that may occur in conventional romantic narratives. As expected, results also indicate that female audience may find yaoi content to be more appealing, inspiring, and entertaining than male audiences, and hence may be more motivated to view/read yaoi materials.

According to the male respondents of the study, the charm of yaoi lies in its representation of men like themselves—no matter how unrealistic—or a temporary escape from stressful masculine gender roles. Herein lies a cruel irony; Despite the absurdity of the portrayal of gay characters, it is still representation, following stories dedicated to exploring homosexual attraction. For many, this translates to them finding support and a tool for supporting queer romance.

This show is far from the only culprit, and consent is far from the only issue. In many BLs, especially Chinese BLs, which have to skirt around strict censorship as 'bromances' despite the obvious homosexual relationships, conform to heterosexual norms. In The Untamed, a very popular Chinese BL, adopted to screen from a Chinese novel by the name Mo Dao Zu Shi(The Grandmaster of Demonic Cultivation) removed the high pony from the character design of one of their main characters, Wei Wuxian played by Xiao Zhan since the actor is taller than the actor of the other main character of Lang Wangji played by Wang Yibo. Many tricks were employed to make sure Yibo's character looked taller than Wei Wuxian since he was the 'dominant.' This tendency finds its origins in Yaoi's 'Seme-Uke' trope, with the dominant, more manly lead being the "seme" and the softer, effeminate lead being the "uke."

Considering that most BLs are written by women, it is surprising that many lack significant female characters. Instead, women are commonly either the girlfriend of one of the protagonists who he eventually breaks up with for the other protagonist, or as an obsessive ex-girlfriend intent on causing a rift between the protagonists. Similarly, BLs tend to portray a very specific type of lead couple- handsome and traditionally masculine-who usually don't identify as 'gay' but as 'only in love with the one'- the other protagonist. Mirroring mainstream media, effeminate men and trans characters have peripheral roles, often as comic relief.

Many do consider BLs to be a positive change, especially faithful fans. They consume such content believing that they are supporting the queer community, unaware that it may be fetishizing. At the same time, it is unfair to assume that Bls cannot be well-done. Indeed, in recent times, an increasing number of BLs are letting go of problematic tropes with Dramas like Dark Blue Kiss dealing with issues such as coming out and coming to terms with one's sexuality. My Engineer, features the protagonists, Bohn and Duen, subverting the Seme-Uke trope, and even Tharn from TharnType is an openly gay character. More holistic portrayals of gay male protagonists like in The Untamed, which despite slightly problematic tropes, is an exceptional fantasy story of love, war, and grief that portrays fleshed out characters whose personalities do not rely on their sexuality and depicts a loving, non-toxic relationship between the protagonists.

While it is valid to enjoy stories and art, one must remember that gay men are real people. Crossing the line is to force your fantasies on men and their relationships (infamously done for boy bands such as One Direction and K-pop groups), objectifying them as sexualized outliers. Consuming BLs does not mean that viewership cannot root from homophobia. One needs to question one's own motives to consume such content since it can have far-reaching consequences like fetishizing, queerbaiting, and creating or reinforcing stereotypes. As a genre, BLs have immense potential. With their recent popularity, it is imperative to expand horizons and go beyond 'fan servicing' for straight females and focus on developing characters and storytelling with compelling queer characters. 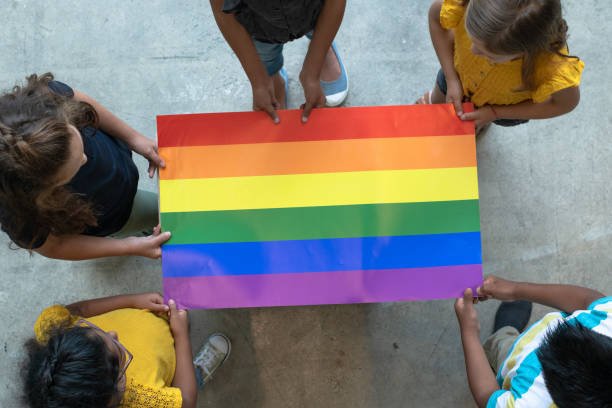 Gauri Mande (she/her) is a humanities student who loves to read and binge-watch tv shows. She also never passes on a chance to travel.