Though Manipur is a far-flung state on the map of India, with regards to the transgender movement, the hilly state is leading the change.

The world we knew

A traditional Meitei woman from Manipur is typically loyal to her husband, decorous, and lives in servitude to her husband’s family. Backward? Boring? Still, so many transgenders would vie for this position. In Manipur, transgenders are getting tired of being used for “money, sex and time pass”. Ashananda is the only cross-dresser in her village. She recently endured a painful separation from her lover. “I couldn’t marry my boyfriend or be accepted as his wife because I couldn’t give birth to a child. A trans is an infertile wife and marriage, is made for children,” she says.

Ashananda hails from a small village called Toubul.  As a fully exposes transgender, she is often subject to many harsh barbs from the villagers. “If you are trying to pass for a woman, then behave like one,” they say. “I am prevented from drinking alcohol, eating meat, smoking or wearing a hot dress. Plainly, the same codes they use regress women are imposed on me.”

When I was a child, my family frequently scolded me for acting like a girl. My mother told me to “man up”, telling me that my male birth was divine – justification for why all Hindu homes prayed for a son.  Manipuri couples just “tried harder” until they got a son. The point was that “Pindadhan” could be made to the ancestors.

Atangba (name changed) informs us that Manipur’s transgenders are forced into arranged marriages. Manipuri mothers often wail, “Sagai mutladino nungaite!” (Our clan will perish!) when their plans are thwarted. The belief among Meitei is that when sons cannot marry, the family soul becomes ‘Mira Lamba’–hovering in limbo, waiting to be born again.

For transgenders in other communities like Muslims and Christians, their lives are filled with superfluous barriers. A Muslim transgender got married owing to societal pressures. “My parents thought that this way, their trans son would have a new life,” she tells us. “I went through with the marriage but never slept with my bride. I spent the nights with my male partner. We are divorced now, I had to pay compensation but at least now I am living a free life. I did what they wanted. Now, I am doing what I want.” Today, my trans-friend lives out her life as a woman, irrespective of what her community might think.

Eliza is a transgender who wanted to undergo Hormone Replacement Therapy. She consulted a doctor but was wrongly provided with the Male Hormone Therapy. She had to move to Mumbai to get things right. The move burnt a hole through her savings and now she doesn’t have enough for her sexual reassignment surgery.

In Meitei Hindu (Goura Religion) all the men must shave their heads in wake of a family death. I recall the story of a transgender who fled from the house just to avoid the shave. When my aunt died and I had to shave my hair, I cried a river and didn’t leave the house for days. Nowadays many transgenders even join the Shradha ceremony with their crossdress and without the shave.

Manipuri transgenders, especially in the valley, started coming out into the open towards the end of the 20th century. A few Community-Based Organisations also started working in HIV and STI and for the sake of their identity struggles as well.

Manipur has culturally accepted cross-dressing rituals like Lai Haraoba that are performed by the Nupa Maibees (male oracle). Among the famous Nupa Maibees, many are transgendered.

In the Shumang Leela (courtyard play), transgenders play a vital role in the festivities as they can impersonate the female characters to perfection. Bisesh Huirem, Pandum Senjam, Somorjit, Roshan etc are just some of Manipur’s famous trans artistes.

60% of the beauty parlours in Manipur are owned and run by transgenders. Many well-known designers, make-up artist and Potloi Setpi and Potloi Sabi  (bridal dressmakers and wearers) are from the transgender community. We are proud that we find out our own ways to earn money and start looking after family needs. I have heard many people say—it’s better to have one trans in the family rather than a brood of lazy prodigal sons. The steps taken by our senior sisters have helped us advance our trans movement compared to other Indian states. 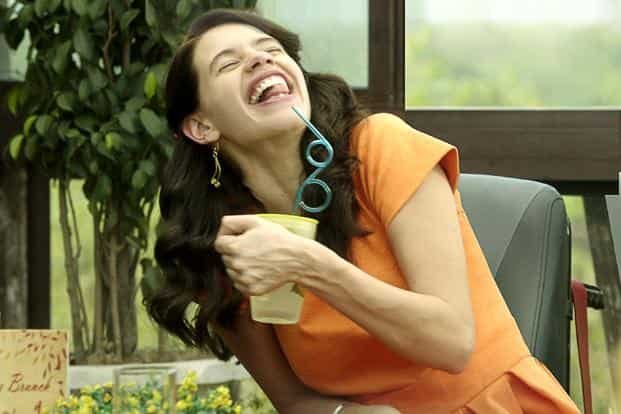