I’m sorry. I writing this letter to you will take you to surprise. Well, this is an apology letter and I know you might be stunned. Apology? Sorry? Why? I remember you being bullied and have been evidence of the devastating effects it had on your life. We being young was no excuse. I remember slapping Karan for calling you ‘Chakka’ and abusing you just because you wore a pink-strapped watch, but sorry if you ever felt I did not stand up for you where I should have. Sorry for the emotional turmoil you had to go through. Sorry for not who you are, but the orthodox thought process you had to suffer from. Sorry for taking your individuality away from you. Sorry for not letting you be ‘YOU’. I cannot change what has already been ruined in the past, but can surely make it better.

All I want to tell you is, we all love you and are proud of you.’’

An apology letter from a school friend after years definitely shook Rihaan.

“Thank you for understanding.” is all he replied misty-eyed and with a nostalgic heavy heart. He never expected this letter from a dear friend of his after so many years. This was the first apology letter he ever received for being bullied just because he was gay and hopefully not the last one.

Mental health is that invincible aspect of our well-being that is overshadowed by the physical ailment or trauma a person could possess. Mental health is about the concealed, veiled, buried, out of sight endured scars and wounds.

Bullying is the use of force, threat, or coercion to abuse, intimidate, or aggressively dominate others. Bullying can be verbal, physical, emotional or cyber. When a person does not fit into the societal norms and stereotypes, they usually are a target for bullying. Skewed by biases introvert nature, isolation, depression, low self-esteem, suicidal ideations have been seen as the major issues.

In the United States, ‘The Day of Silence’ has been held every year in April since 1996. It is the Gay Lesbian and Straight Network’s (GLSEN) annual day of action to spread awareness about the effects of the bullying and harassment of LGBT youth. Students take a day-long vow of silence to symbolically represent the silencing of LGBT students.

While dealing with the challenges of being a teenager, the LGBT youth has to as well deal with the homophobic behaviour, social stigma, strong peer influence, verbal and physical harassment. According to a survey conducted by MHA (Mental health America), “With each instance of verbal or physical harassment, the risk of self-harm among LGBT youth is 2.5 times more likely. LGBT youth are 4 times more likely to attempt suicide than their heterosexual counterparts.” LGBT youth identified bullying problems as the second most important problem in their lives, after non-accepting families, compared to non-LGBT youth identifying classes/exams/grades.

With the rapid increase in Internet usage, cyber-bullying has always been a concern. According to a study by Gay Lesbian and Straight Education Network (GLSEN) titled Out Online, 42 per cent of LGBT youth have experienced cyberbullying and 27 percent LGBT youth have been bullied via text messaging.

Cold, isolated, desperate, he stood in pursuit for clarification amongst the building complication drifting him apart.

Emptied by the choked actuality, the ‘rejected existence’ a worse negation of life turned out to be.

Trying to frame the fearful symmetry, vanishing into the deep and fathomless sea.

Watching the rise and the lull of the tempest, hurling him into the abyss of darkness.

Agonizingly trivial obscurantism, confirming the bone-chilling hollowness of his existence.

Bullied at every instance, the culture-mass hallucination squandering self.

With the uncertainties piling up and the urge to explore own sexuality, bullying questioning the existence and fueling up the flames.

No one here to judge me anymore, who am I now?

When was the last time I felt good?

When was the last time I looked up to self?

When was the last time I was ‘I’?” echoing all around, creating a trench and consuming self. Do you know what’s worse? There’s no one they can talk to. It’s the social stigma attached to it and the preconceived notion which makes them hold back and be a target of the bullies.

Arjun Scindia, a medical student, shares his story of being bullied and how it worsened his situation of ‘coming out’ to self just because he did not fit into the society’s paradigm of the ‘Man’. Even today he remembers the derogatory terms like ‘Chakka’, ‘Hijra’, ‘Baila’, ‘Gay’, he was called by and at some point of time, they still do echo in his mind. He says that he couldn’t stand up to bullies, hence all he did was ignored them.

“During 2014, when I was halfway done through my first year of graduation, I came out to myself and finally accepted my sexuality. I was slowly coming out to people I trusted. One thing I learnt through this process was that acceptance of the people you trust does help. I got to meet people who were a part of the community and hear people like me talk slowly did boost my confidence. I came out of the shell bullying concealed me into and here I stand today as a proud gay man.”

When asked about how it is when he meets the bullies’ years down the lane, he said that a few of them apologized to him and even offered to volunteer at LGBTQ events. He was of the opinion, “School staff should be sensitized because sometimes even they tend to be homophobic. A sensitized teacher can always impart the knowledge to students in a better way than a homophobic one. I feel it should be part of the orientation programme in high schools as well as colleges so that students get an insight into the topic.”

Torn by the untamed force,

Clasped by the deadly terrors in the politics of vindictiveness prevailed by the orthodox prejudice.

Trying to convince the brain of something his conspicuous heart knew was a lie.

Trying to find a grey area in the black and white glory of the sky.

Cyberbullying or Cyber-harassment is a form of bullying or harassment using electronic forms of contact. Harmful bullying behaviour includes posting rumours about a person, threats, sexual remarks, disclose victims’ personal information, or pejorative labels. A 13-year-old boy posted a childhood picture of his in a pretty little frock on the occasion of Children’s day out of innocence and got trolled, called ‘fruit’, ‘pansy’, ‘fairy’, ‘faggot’. Little did the names he was called by made any sense to him, but he knew it was something offensive and hence got the picture deleted within an hour.

Rahi Srivastav, an engineering student as well as a gutsy, pumped-up personality, shared how she had to face a similar plight on social media for cutting her long hair short and for not being a fit into the feminine stereotype. From being trolled for the masculine gestures to being the national-level Cricket player, she describes her journey as an arduous and an immortal one. She says, “I was bullied since Class 6 and speaking it never mattered to me. As I grew up I started questioning self, my existence and being called names actually started affecting me, aggravating my pain. Slowly, I started accepting and mustering self.”

It is the need of the hour to sensitize the youth about the LGBT community and the issues they have to suffer from. Sensitization will definitely affect bullying.

1. It is important to sensitize the school staff and the teachers so that no homophobic behaviour is promoted.

2. Orientation programme should be held in high-school and colleges.

3. Stringent laws against bullying should be brought into action.

4. Inclusion of LGBTQ support groups on college campuses. Allies should join them too. Monthly small scale meetings in colleges.

5. Keeping a regular check if any kind of exploitation or bullying occurring in schools and colleges.

6. Regular counselling of the staff as well as students.

7. If any kind of exploitation, harassment or bullying is seen in offices, should be immediately reported and addressed by the HR. Stories from Cruising in Gay India 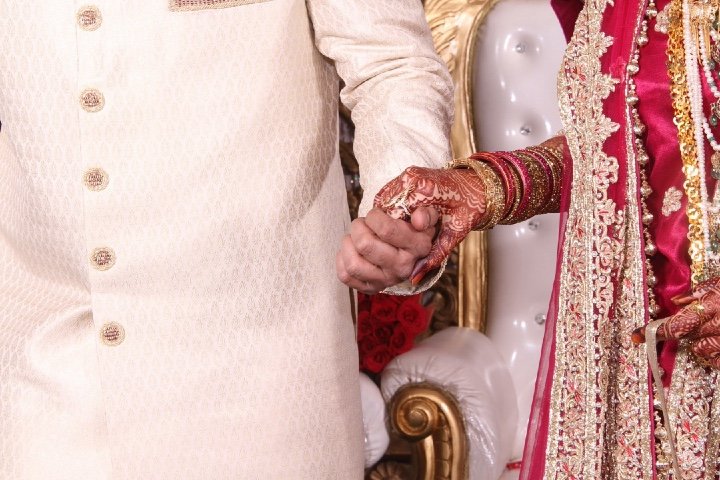